“The Event Place” is a series of photo-diptychs, focusing on places that are abandoned due to political, legal or economic reasons.

The first segment of a diptych (a wall paper) is a photograph of an interior at night. A long exposure reveals traces of possible events that preceded a building’s current state. The second segment – a light-box – depicts microscopic details of the walls. It is based on a fractography – a method being used to determine the cause of failure by studying the characteristics of a fracture surface.

Each diptych is an evidence that can be used for interpretation and reconstruction of the history that preceded the current state of photographed building. 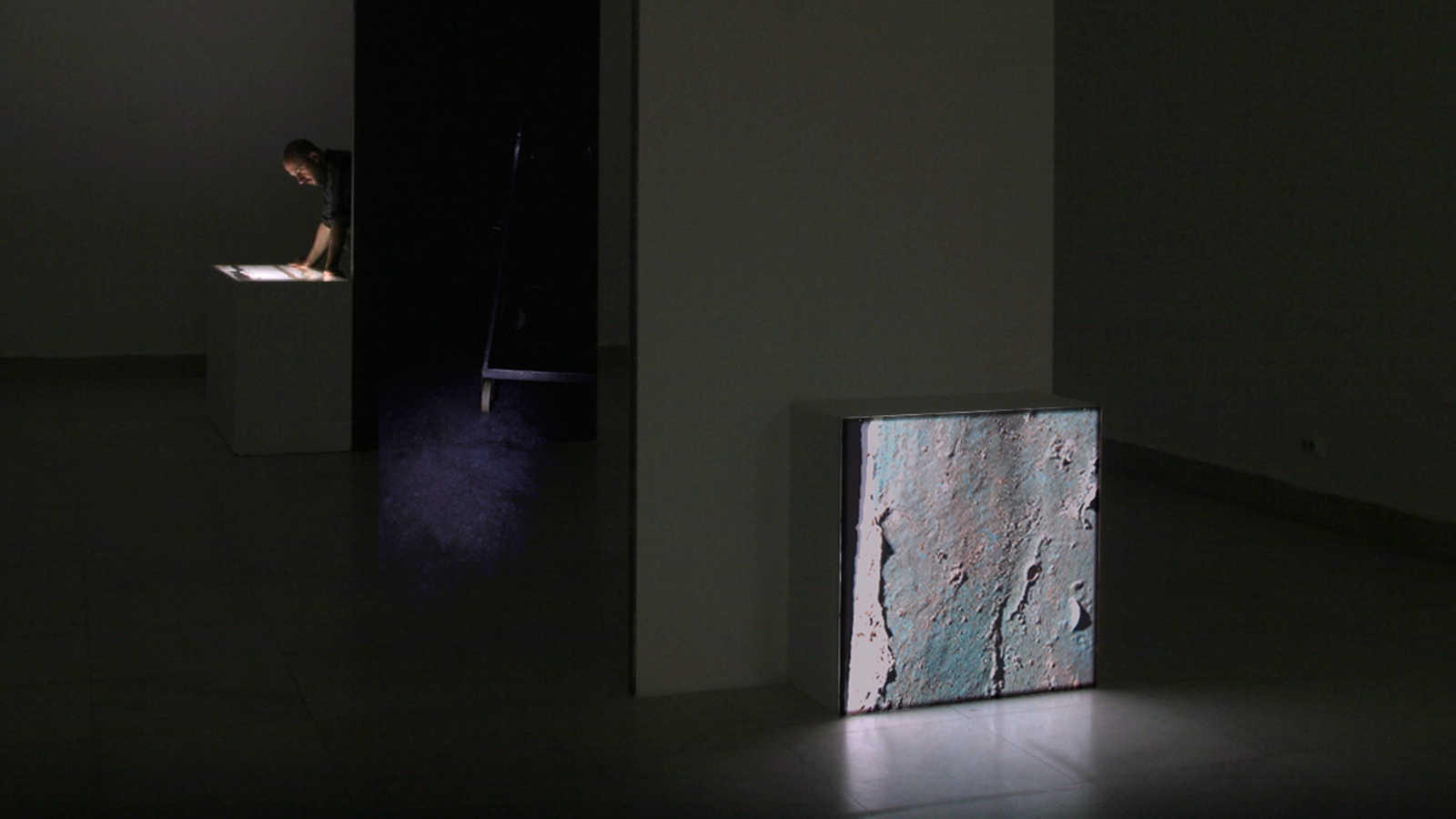 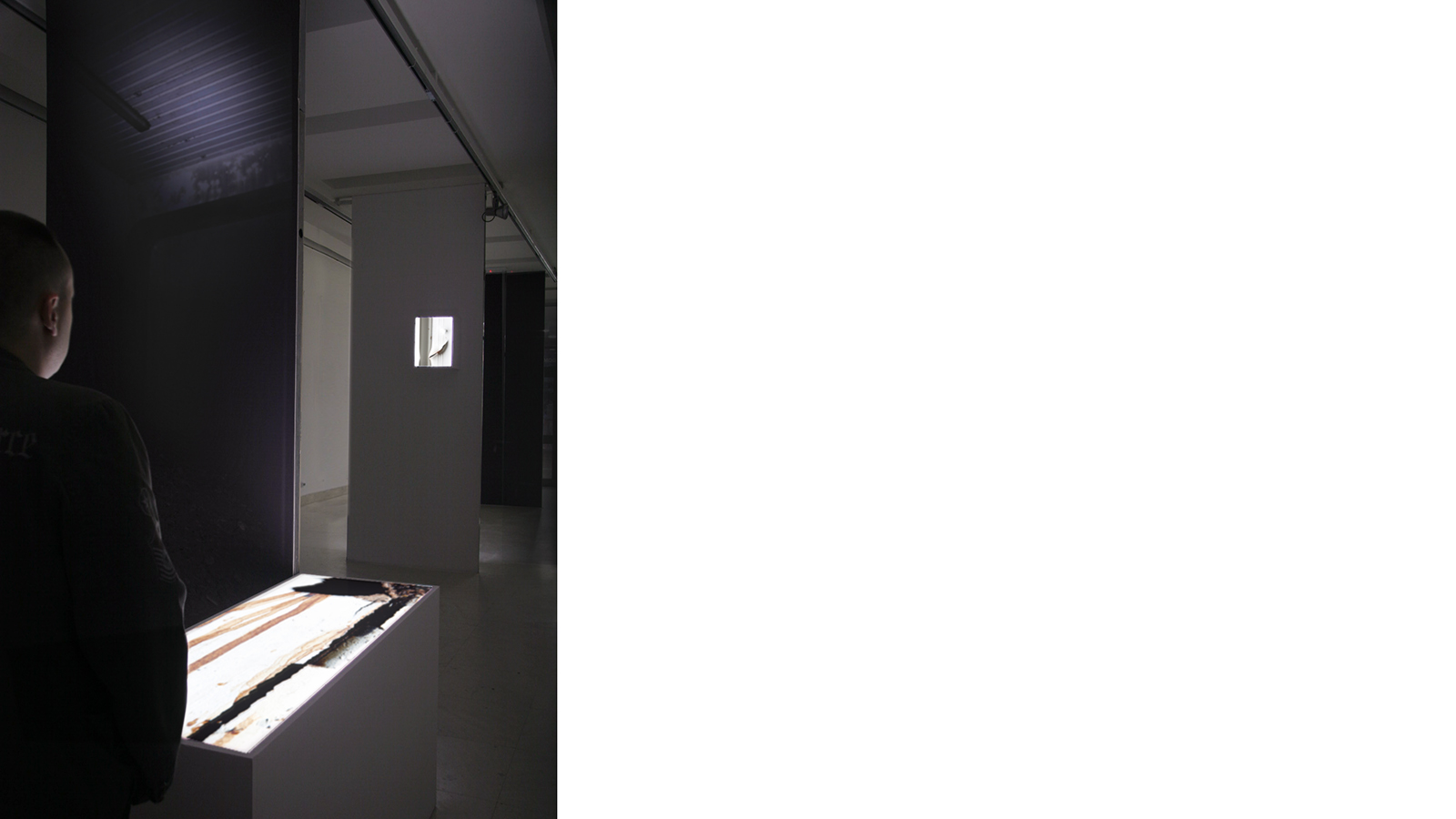