A L-shape corridor was constructed in the gallery. A light-box with the photo of a dead-end street was placed, forming an architectural element within the end of the existing space. The photo itself was an extension into public space, but also a place for contemplation.

“This sort of spatial installations engages the participation of the visitor’s body and generates additional symbolical meaning. Thus “The Dead-end Street” connects a spatial-perceptive and a performative potential of the artwork. Literally entering the artwork and walking towards the photographed dead-end street, the visitor is compelled to turn away from it, to yet again look for the exit, to think about other possibilities and alternatives of leaving the dead end.”

Maida Gruden
Excerpt from the text 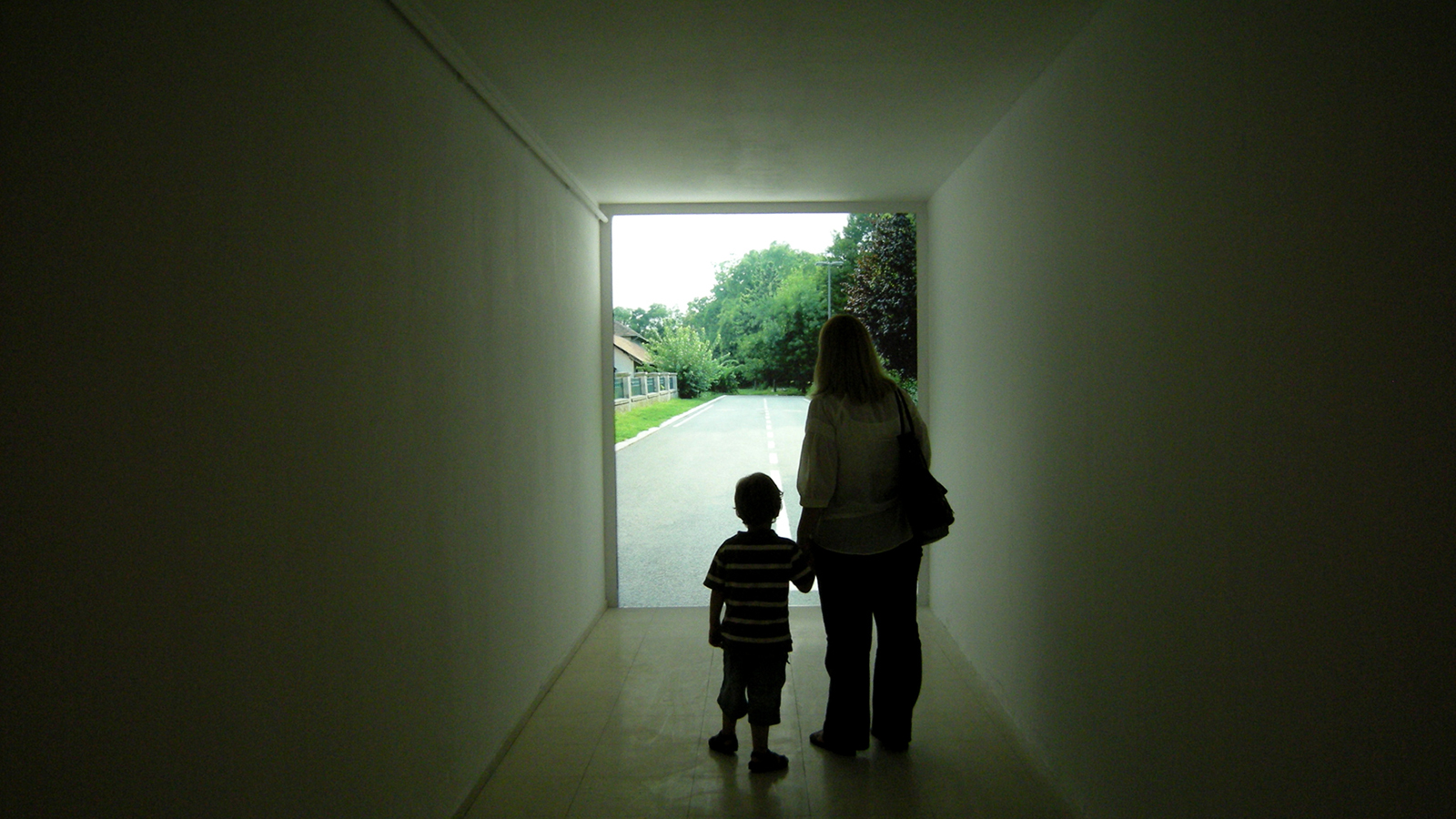