In the work “Premonition”, carried out during her residency in IASPIS Dušica Dražić examined the transformative process and the uncertainty of transformation. The point of departure for the inquiry is a stone fragment the artist found during a visit to the Petrova Gora memorial in Croatia. Over a period of almost two months, the artist slowly sanded the fragment until it became smooth, like an artificial form of erosion. This process was documented daily on video.

Conceptualized by Vojin Bakić (1915-1992), a pivotal figure of the Yugoslav post-war art scene, the Petrova Gora monument was dedicated to the antifascist resistance in the Second World War. This abstract hybrid structure, existing along the lines of sculpture and architecture, is a thirty-seven meter high construction of stainless steel and concrete, fully integrating a museum, a restaurant and educational facilities. The transformation of the monument from sculpture to architecture, from pure form to utilitarian form, is probably one of the reasons it survived the iconoclastic storm of the 1990’s civil war. Nevertheless, it has been reduced to a site of slow decay – its workings were abandoned, the interior was demolished and the steel plates composing the façade of the monument were stolen.

The method Dražić employed in her work at first glance reflects this process of “human erosion”. As the surface of the monument progressively disappears, the rough edges and cavities of the stone gradually fade away. In the process of smoothing the stone Dražić carefully examined each individual step of the transformation. Her method of recording resembles 3D renders of architectural models, enabling one to observe the contours of the object from different angles. The staging of the video evokes a certain type of monumentality. Every reference of scale is taken away, making it almost impossible to determine the actual size of the object. The conspicuous contrast between the video and the object questions the relation between image and reality.

The final form of the stone is elusive, as the very nature of the stone guides its own shaping. Yet, the shape Dražić arrived at surprisingly resembles the earlier sculptural work of Bakić himself. More than a pure formal transformation, Dražić’s work reflects on the ambivalence of an object continuously transitioning between sculpture and architecture. 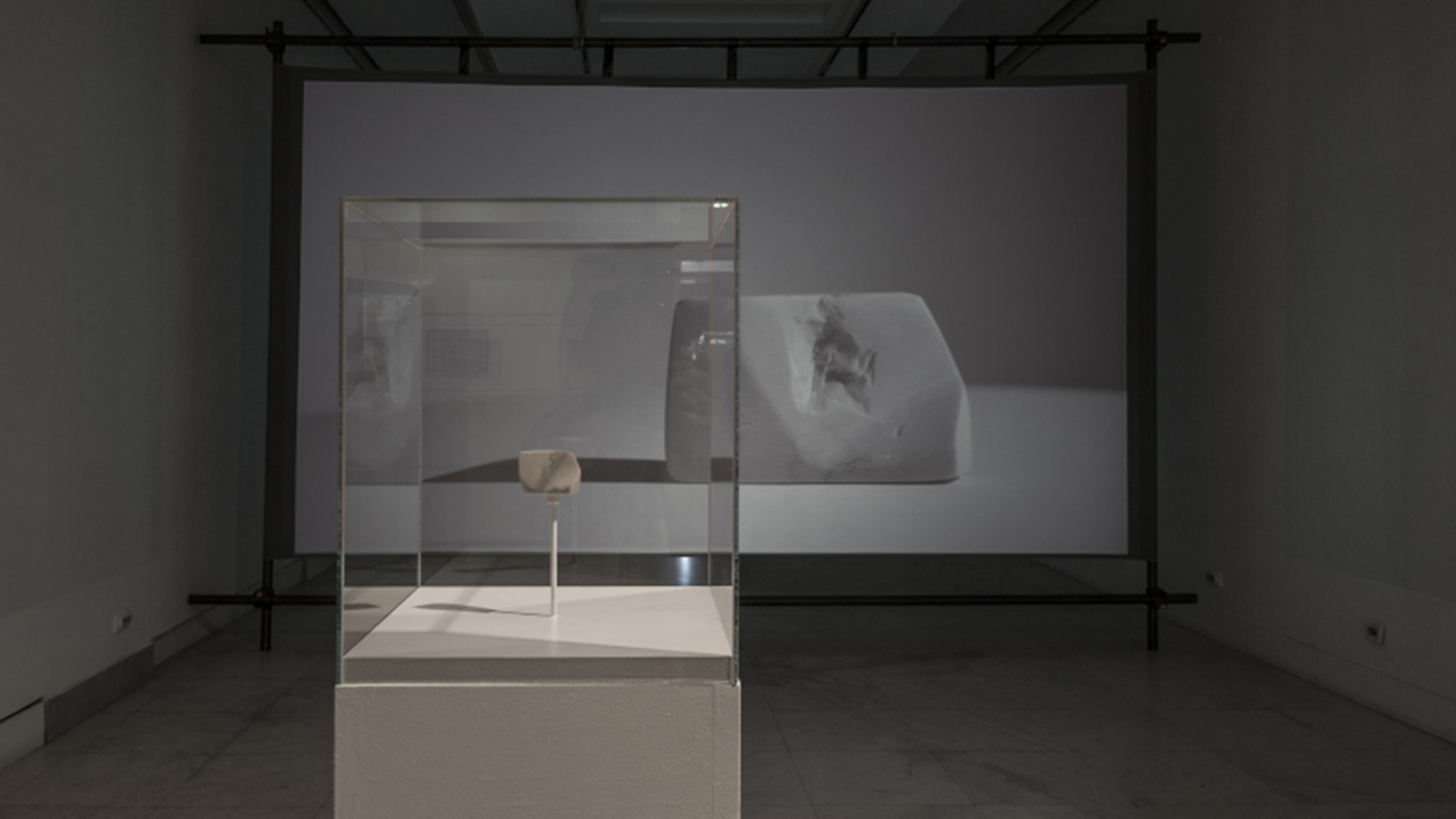 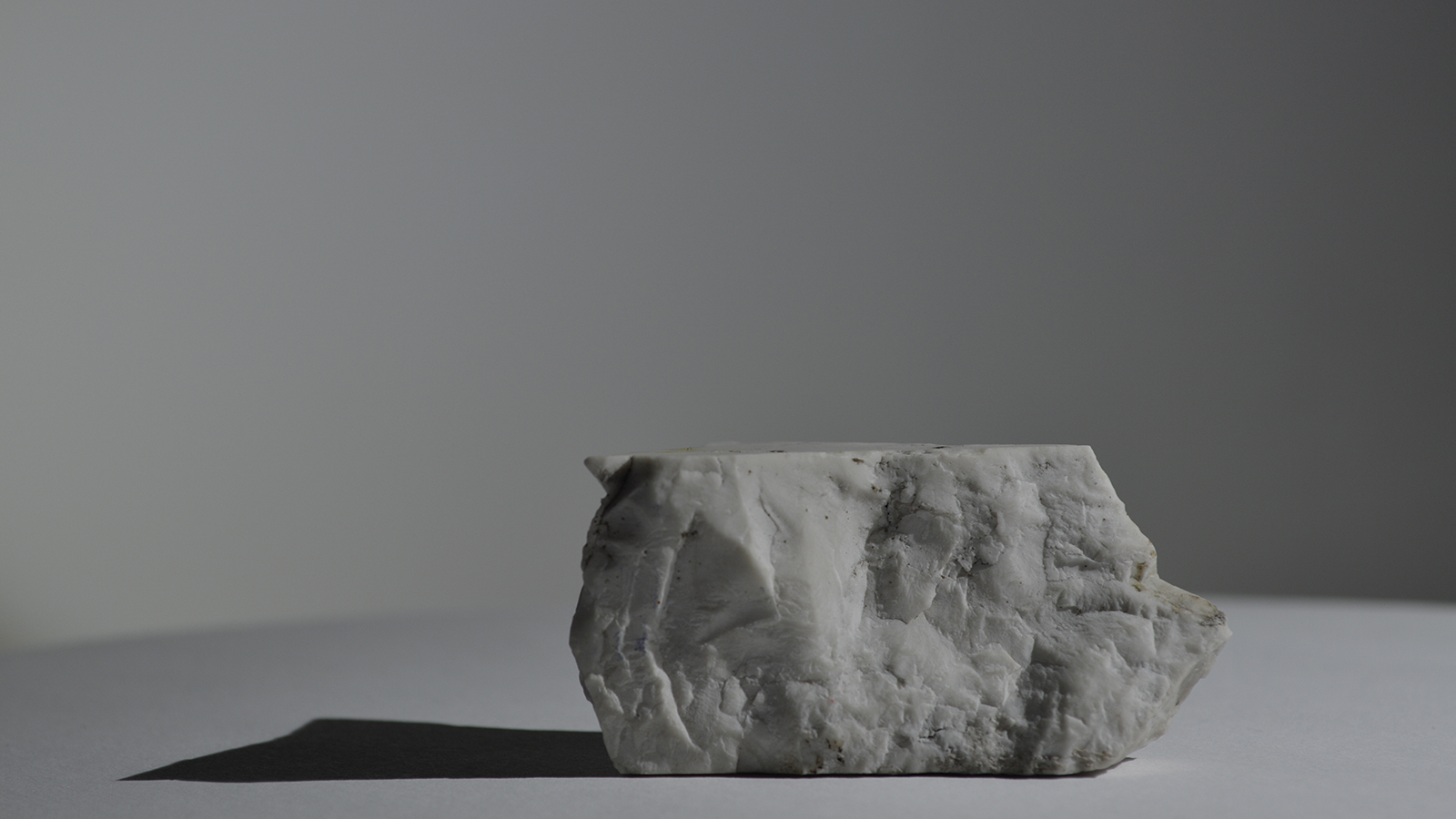 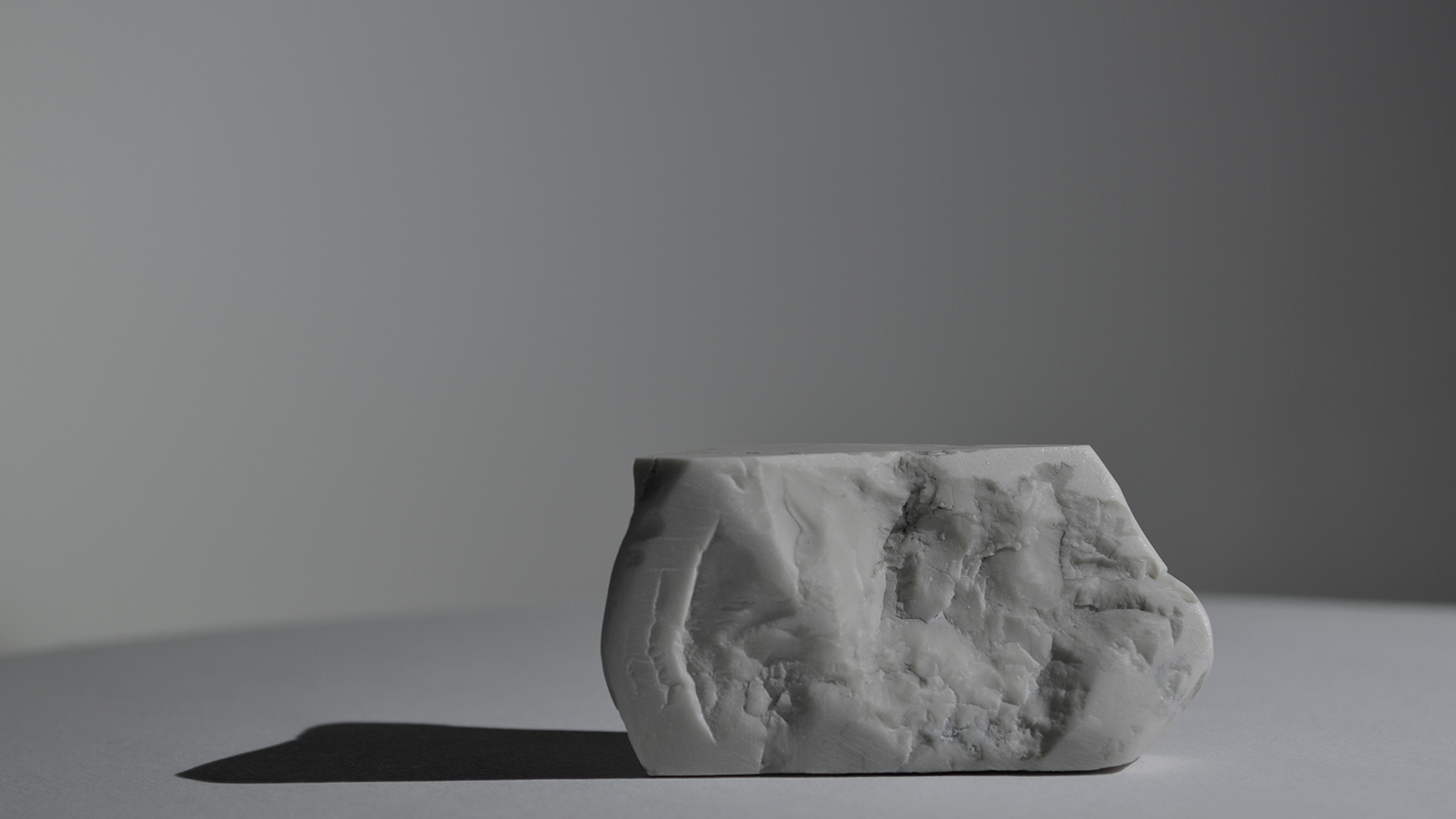 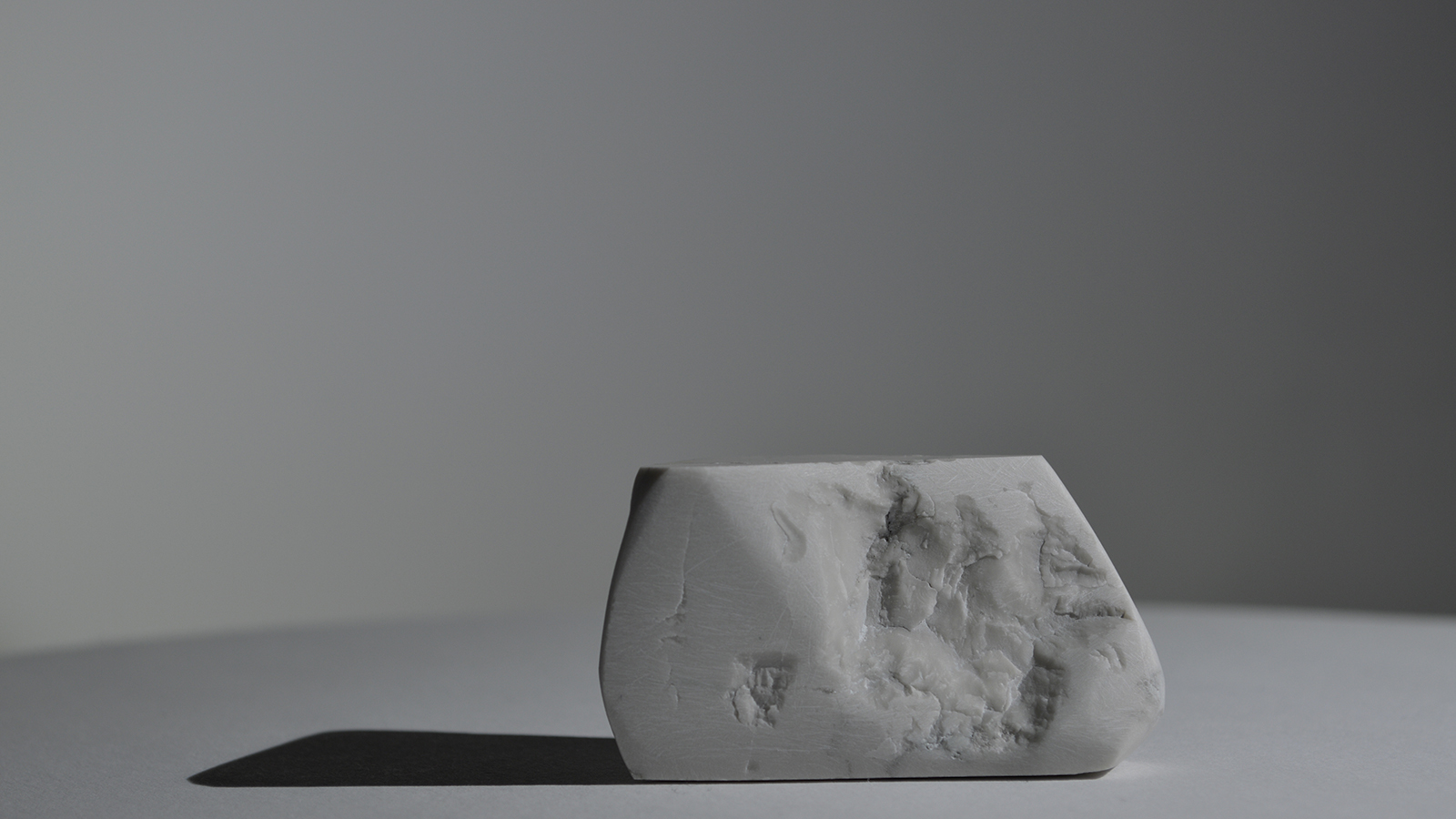 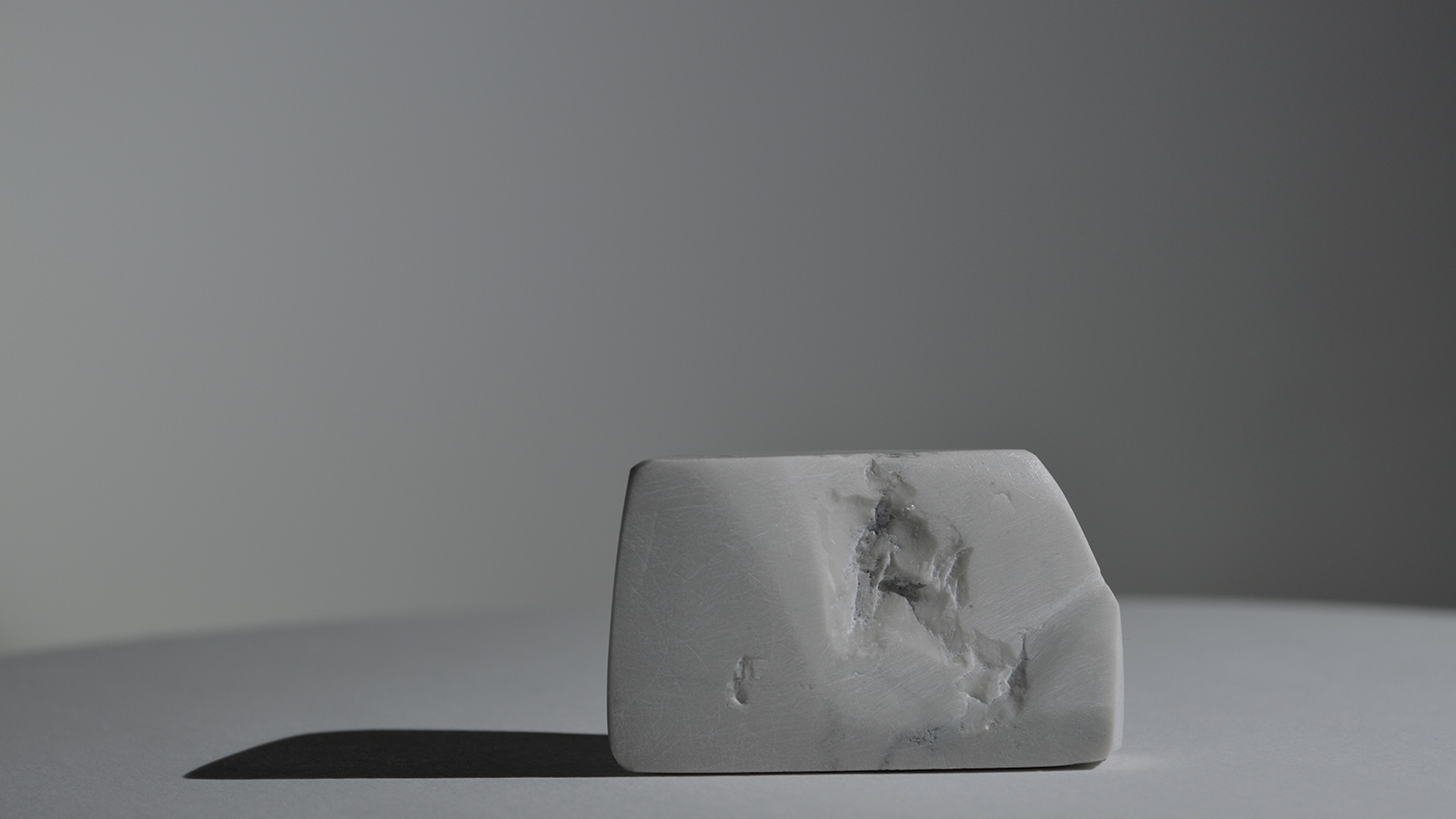 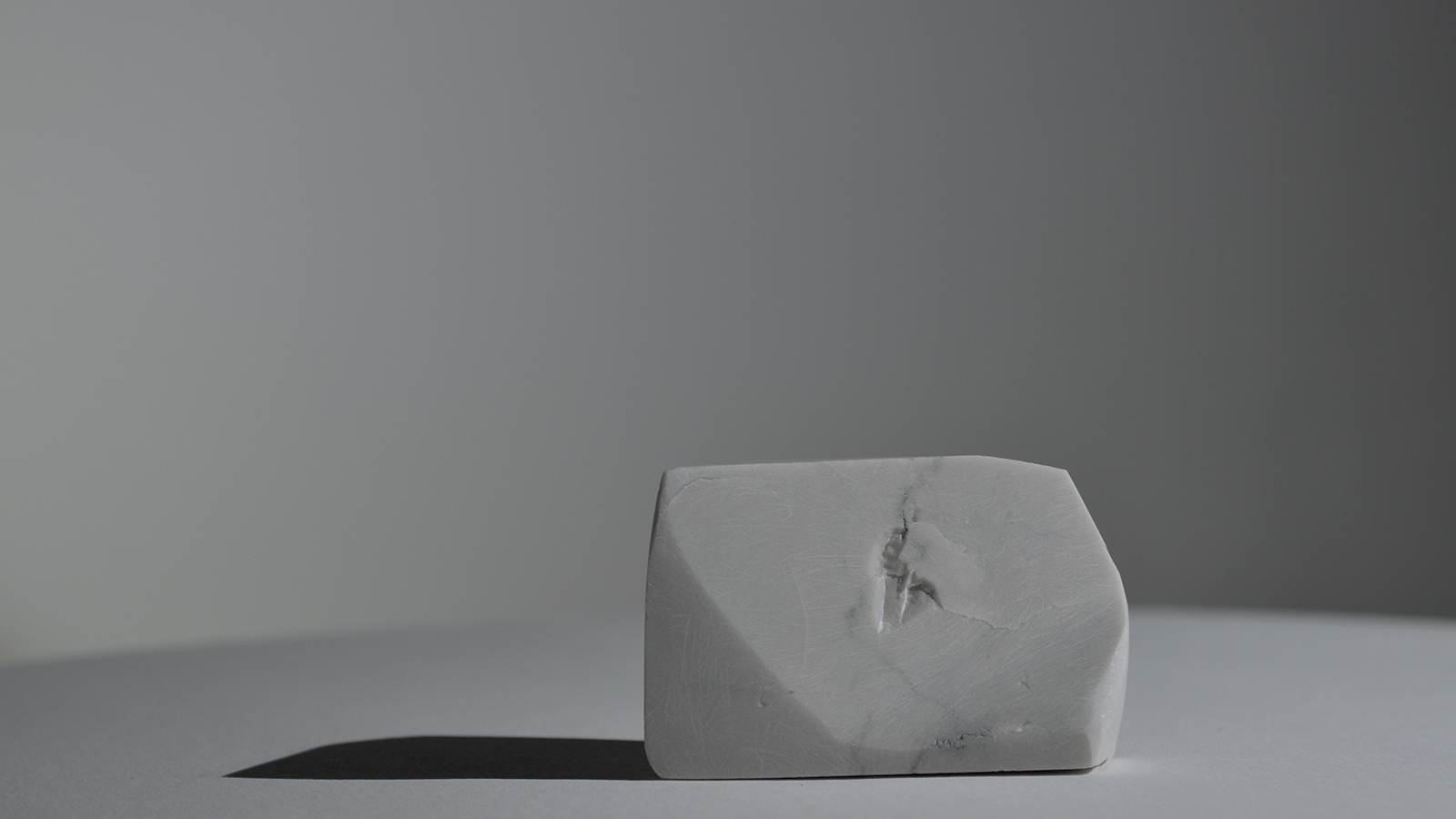 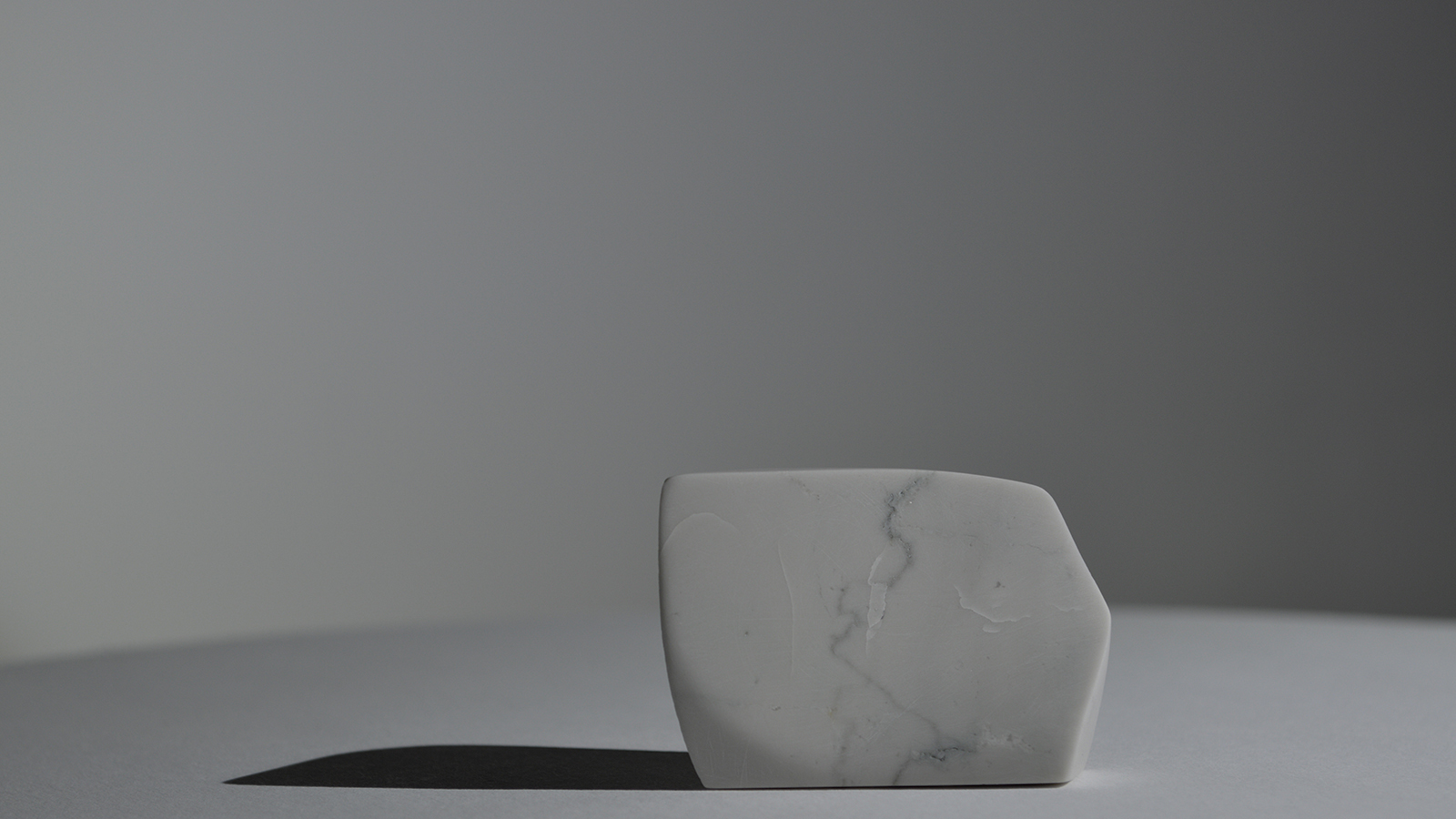